The conversation unfolds and you find yourself deep inside yet another difficult, dark employee relations issue.  Before you can say a word, or offer any insight, the mob (usually folks outside of HR) have gathered their torches and pitchforks ready to unleash their fury in the form of some level of progressive discipline – up to and including termination.  At least this time they came to you versus handing out their own type of justice first and expect you to pick up the pieces.

Have you ever been to an HR Conference?  It’s like a dark matter convention.  If you listen in on what HR pros are talking about, more often than not, they’re unloading the dark matter situations that they’ve been dealing with since the last conference. It becomes a flurry of “Oh, yeah but let me tell you about this one !!”  I don’t fault people for sharing because they’re doing it to try and cope with constantly being surrounded with difficult situations.  Some of the stories truly are funny, but most of them are tragic and sad.

Add on to this the constant bombardment of people wanting HR to focus on Employee Engagement, being a great place to work, and building an attractive culture.  These are definitely items people would prefer working on.  The barrier to doing this is the lurking feeling that the next dark situation is just around the corner.

What can be done to combat this fact of working in Human Resources?  How can you make it so that you aren’t consumed with the next negative aspect of human behavior?  Is there something that isn’t trite or cutesy like inspirational posters on the wall that no one reads? 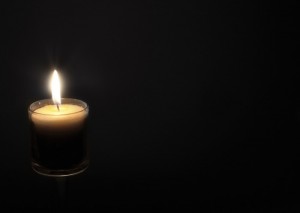 I’ve been in HR for over three decades now and I continue to enjoy it more and more each year !!  That’s not some motivational quote for a blog.  It’s the truth !!  Have I been discouraged at times? You bet.  It hasn’t been for long though.  Here’s what I do to fight the dark matter:

Remember that EVERYONE has value !! – We always talk about employees as if they aren’t people.  We also forget that we’re people too.  We can’t wait to pull out some manual and address people with policies.  You need to address people as people first.  If their behavior falls into an area that deserves discipline, then be consistent with it.  However, you must meet with the employee first and see what’s happening with them before launching into some short-sighted action just to lessen the pain.

Surround yourself with positive people !! – This is more than the usual “be positive” encouragement.  If you are around other HR pros who are positive as well as you are, then you have a community that gives your alternative perspectives to consider.

Be the light in the dark !! – I know this sounds like a catch phrase, but hear me out.  You have the choice as to how to approach people every single day.  If you think poorly about others, it will show.  If people constantly bring a sigh to you and not a smile, then you can see where you are.

Turn that around.  I can tell you that it’s worth it.  I don’t think being positive is some parlor trick.  It’s a way of life.  Be that light.  Start dispelling the darkness.  Your company is looking for it !!