During my time at Ohio University, I fell hard for a new band (at the time) called U2. After I heard their music, I couldn’t get enough of them. We had two record (yes, record) stores in Athens at the time, and I made sure to make regular trips to both of them to pick up anything U2 had put out.

I found an EP on vinyl that the band issued called Wide Awake in America which contained only four songs. That didn’t matter to me because it had a live version of my favorite song, Bad. Every Friday afternoon, I would hurry back from class and pull out this wonderful vinyl masterpiece and turn on my stereo as loud as possible to crank out Bad !! Every. Friday. No one could yell at me because I was the Resident Assistant who was in charge of a section of the dorm. My residents just got used to it and new it was officially Friday afternoon. Quick aside – I let them crank their music too because that is what stereos were built for.

The reason I love the song Bad so much was that the band was fully engrossed in every note and Bono’s voice soared and screamed about the crowd bringing them to a major crescendo and then to an almost silent phrase. Honestly, I still get teary if I hear the song played loudly. The lyrics that pulled out such emotion are:

They seem pretty normal when you just look at them typed on a blog page. But, when they’re sung, they come alive and make me think about HR and the workplace.

Have you ever gone to work and everyone seems like they’re just going through the motions? Including you? It is so easy to get in a pattern that moves along like a slow hum that has little to no variation. People come to the office or plant at the same time, park in the same place and greet each other with the obligatory “Hi.” “How are you doing?” “Good.” “Good.” We’re even thankful that this interaction comes to a swift end.

Why do we tolerate this or fall into this sedated state? I’m not talking about the poor performers here. I’m talking about your solid performers at each level. At times, work just seems to feel like you’re a drone in a bee hive. You serve a purpose and you’re good at what you do, but there is little life to your efforts. 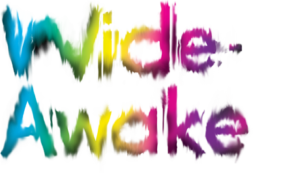 Before you start pointing fingers about who the zombies are lurching around the workplace, look in the mirror. Where are you on the wide awake scale? When is the last time you pushed yourself out of the daze and interjected life into who you are and what you do? It’s easy to point out what’s missing in others, but I challenge you to take a different stance and lead from your own behavior first.

We have an incredible opportunity each and every day to bring the work environment to life. We can add energy and encouragement that lifts the spirits of others. There shouldn’t be an occasion when things aren’t addressed with passion and intent. Not one.

This week, wake up !! Make sure that where you work is awake and snap everyone out of their funk. As HR, it’s in your wheel house to make this happen. Quit thinking that everything is bland without taking action to never let that be the case. Join me and be wide awake !!

Time to get out the vinyl, drop the needle and turn it up !!