Have you been watching social media lately? Even if you aren’t on the forums, the media makes sure to share tweets from political candidates. There’s one consistent feel to the majority of what is being shared – negativity.

Honestly, most of what we consume is negative. We either swim in it willingly, or we get frustrated because it seems that we can’t escape it. What is ironic is that we’re expected to make a decision on things like an election by all sides slinging mud at each other. It isn’t only politics. Stories of the failures of others makes up the majority of our “news,” and we don’t cover all items – just the ones that are the grimiest.

A great friend of mine and I had an exchange this week on social media where he stated that he might just stop participating on the forums because all he sees is negativity. It was a solid observation, but I jumped in and challenged him. I agree that there is so much darkness that is around us, but I think you can be genuinely positive. 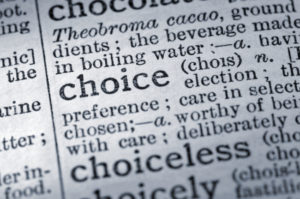 You have a choice !!

One of the choices you have, which my friend shared, is to step away and stop being active on social media. I’m floored by the number of my peers who used to encourage and espouse the value of social media who are now silent. I miss hearing their perspective and insights. I respect this choice, however I would much rather hear from them.

Another choice is how you use social media. Every time you get on a social media platform, you have a moment before you post. It may be a brief moment, but it exists. Instead of instantly lashing out and reacting to what someone says, step back and think. Then respond.

I don’t feel comfortable in throwing out extreme views, although I understand why people share them. When you’re as emotionally vehement in return, why are you surprised when people dig in on their sides of an argument?

When I respond, I choose to be positive. It’s not hard for me to do, but it goes against the tide of the majority of messages. I think that going against the flow is what is needed – especially on these forums. You have to trust me that I’m not naive or sheltered on what is happening in the world today. However, adding to the negativity of a situation only continues to pile on and drive it further down.

This is the choice I make when I use Social Media. Will you join me in going against the flow? I hope you do. You just have to make a choice.