One of the best things about social media is that it brings people together that would never have met without the various forums. The worldwide community of HR became markedly smaller. There are a few HR folks who I would consider “early adopters” of social media. They saw the power to connect, bring folks together and break the boundaries of geography.

One of those pioneers is John Jorgensen. John has been a long-term SHRM volunteer leader and our paths crossed at a few events. Once we connected in person and understood how social media could be leveraged to communicate and improve human resources as a whole, we were bound together.

The cool thing is that that initial bond grew and grew over time, and we became dear friends. I’ve always admired John’s dedication to volunteer leaders and I’ve learned a ton from him. We both were State Council Directors and State SHRM Conference chairs. As with all volunteer roles, those had their time and others step up into leadership. John has nurtured and grown volunteer leaders at the local and State level. He has invested his time and championed others who became leaders after he finished his terms. That is a characteristic that should happen in any organization. Great leaders find those who will lead after them.

I could go on and on sharing stories of the people that John has influenced. However, what I cherish most is our friendship. You see, in the SHRM world we all “know” each other in a friendly environment. Most of the conversations are around speakers, conferences, best practices, etc. Few people move past that to develop friendships, and that is a shame because when it occurs it’s fantastic !! 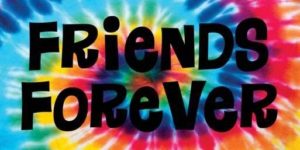 John is a very caring man who is a fierce friend. We talk to each other at least once per week during my commute home. It’s something I look forward to because we talk about everything. Sure, we talk about HR and SHRM because John cares deeply about the organization at all levels. He has always been member focused and he wants to see that be the direction and mantra for SHRM at all times.

What you probably don’t know is that John is an amazing lover of all types of rock music. He and I share a love for various groups, concerts and movies. He is a huge trivia buff, voracious reader and an expert on all things Gettysburg !! We talk about family, friends and work. He is a great brother and uncle in his family, and I was there during the passing of both of his parents. He still fondly cares for them and honors their memories.

John and I also share an affinity for Irish pubs and enjoy sharing an adult beverage. I’m so glad to take some time to highlight my friend because he deserves it. There’s a lot more to John than most know. I can honestly say that my life is better because John is a big part of it.

There are many, many people that pass in and out of our lives. When you find a dear friend, invest in them and let them invest in you. This is what John and I have together.