I’m a nerd and always have been. I’m very cool with who I am. I’m a big fan of all things science fiction and fantasy. One of my faves is Star Trek. It’s quite amazing to think that a campy TV series that lasted only 3 seasons has become part of our culture for over 50 years now. The original series has evolved to an animated series, three successful spin-off series and multiple movies. They all paint an adventurous, balanced, humorous and diverse universe that coexists in the future.

This past week I was fortunate to speak at the Northern Ohio HR Conference in Cleveland, Ohio. I always enjoy the opportunity to present to my fellow HR peers. This conference (which is one of my faves) was even more meaningful because I was able to take my son with me. As I mentioned last week, he’s home on spring break from Ohio University. And, nothing screams spring break fun more than attending an HR conference !! He had never seen me give a presentation before and I was geeked to have him there. I also wanted him to see other HR pros and get a feel of how to interact and network with others.

While I was presenting, I made the statement that I hate that HR continues to separate the next generation by name. The whole “millenial movement” is not good. When did it ever make sense for our profession to segment and isolate a group of people because of their age? There are many who are trying to make a living by separating us, and there’s no room for it.

Ironically, on the drive up to the conference, Josh and I talked about how he disliked being labeled, generalized and isolated as a millenial. He said, “People know nothing about me and yet I’m put in a category. Also Dad, if we’re so bad as a generation isn’t that on you as our parents?” I could have stopped the car and hugged him. He gets it and I dig that about him.

At the conference, I conducted a 1/2 day workshop and spoke at a concurrent session. It was enthralling and exhausting to teach for five hours. After both sessions, I had younger people (you know THOSE M’s) who came up to me to thank me for dismantling this separation of an entire generation. To a person they told me how disappointing and challenging it is when they see countless blogs, books and workshops that are meant for others to learn and understand how to “deal with” and work with them as individuals and as a whole.

Back to Josh (and the folks from other generations) . . .

The folks at the conference ate him up and made him feel welcomed. They connected with him and he was able to meet other young professionals who were excited to meet another person considering HR. 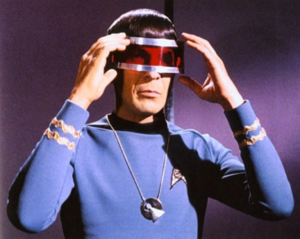 Star Trek got it right. Every new edition of the franchise builds on the one before it and they honor and respect those that laid the ground work. There is never one iteration that states that the “new” version needs separate attention because those that went before just didn’t get them. Actually, there are several references to original characters and how people learned from their strengths, struggles and leadership.

We need to be more like Star Trek in how we look at the next generation that is going to rule, lead and transform our workplace. I’m geeked about who they are, what they believe and feel that they will be more successful than we’ve ever been.

In order to do that, I want to be like the original Star Trek cast who laid the foundation of inclusion, curiosity and the yearn to see what’s next. I want all of those who follow me in the workforce to bring others along and lift them up. The future’s bright because of these new folks. Let’s let them shine !!