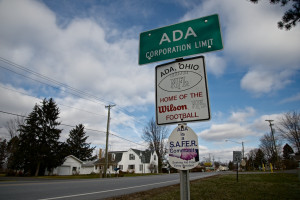 That’s a fact. You may not know this but my hometown, Ada, Ohio is the home of the Wilson manufacturing plant that makes all of the footballs used by the NFL. The great folks who work there get featured every year on Super Bowl Sunday. There are around 6,000 people who live in Ada which makes it awesome, but often overlooked.

If you look around today, we suffer from a “culture of celebrity.” We can’t get enough of it. Whether it’s sports, movies, or politics we focus on the few and neglect all those around them. The past two weeks have focused primarily on Peyton Manning and Cam Newton, the teams two quarterbacks. A NFL roster has 53 people on it, but we focus on one. The other 52 players are critical for the quarterback to be successful. However, focusing on the long snapper doesn’t make great television.

There is an alarming trend happening in organizations that is also focusing on the “few.” You see constant blog posts on how to handle and develop your “high pots” – high potentials. They range from warnings on what happens if you ignore them to “X” number of steps to make sure they succeed.

Don’t get me wrong, you should look for people who are current and future leaders. That isn’t new, it just isn’t done consistently so we focus on it. When you make celebrities in your companies, your attention turns from all of the great employees you have to a select few who may, or may not, become the people you’ll hope they’ll be. Also, I’ve seen that some people pegged as high pots learn about this and turn into major prima donnas.

HR practitioners get sucked into this trap as well. We think that if we can get these high potential people to take on great roles, then we’ll receive kudos as well. I’ve even seen performance management systems geared toward high pots only. Another trap is that we try to stay in the Senior Management spotlight because we think we’ll have a more significant impact if we are visible to the top of the organization chart. What about the other employees who come to work and contribute every day? What about the people who make the footballs?

Great HR is made up of people who have an endless view that looks out across the entire organization. Each person is known, valued and expected to be someone who adds value in their particular role. When HR is based on the fringe of any particular group, you actually end up making narrow decisions thinking that they will affect the entire organization. This just isn’t true.

In my opinion, every employee is a “celebrity” who has high potential. The key is that they have an HR person who sees that in them and doesn’t overlook their contributions for someone who is more shiny. Growing up in Ada with people who make the essential football gave me a perspective to never overlook anyone.

You need to step back and see if you’re trying to create celebrities, or engage all people. I think you’ll see if you work with the whole team, you’ll be more successful than trying to focus on one or two people.

So, every time you sit down to enjoy a Super Bowl or a NFL game, remember someone made the footballs !!