The incomparable James Taylor had many hits while I was growing up, but one that has always stuck with me is “You’ve Got a Friend.”   This ballad hit home this week because I lost a dear friend, Penina Sachs, to cancer.  Penina quietly battled for five years before passing.

Penina was someone who “got it” when it came to being a friend.  She and I served together when I was the President of the Greater Cincinnati HR Assocation (GCHRA).  There were so many things that defined Penina that drew me to her as a friend.  She was candid, forthright, determined and she wanted to move the profession of HR forward.  Through her tireless volunteer efforts she did just that.  She was someone who embraced social media and was active in the forums.  She was also someone who saw the future by being an attendee at the first HRevolution. 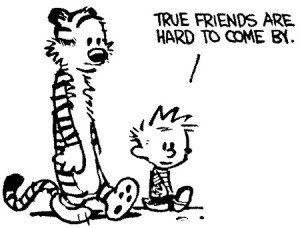 Penina was never one for pretense and some found that difficult.  So many people spend hours and hours trying to “be somebody” vs. just being comfortable in their own skin.  That was never the case for Penina.

Her passing leads me to throw this out there for the HR social community to think about.

The reason I valued Penina was that we were truly friends.  Not on-line followers, lurkers, Linked In connections, or Facebook “friends.”  We were connected on-line, but more importantly in real life.  I know that it’s not possible to be connected with everyone we know in person, but I want to challenge those connected to me.  When I see someone who has 50,000+ followers on Twitter, I’m skeptical.  Sure, you have the numbers, but do they just want to be seen with you and not know you?  Where’s the value in that?

I don’t want to influence, I want to leave a legacy.  I want to be an imprint on others and I want them to imprint me.  Penina did that.  I will value her legacy of support and adventure in our ever evolving field.

So, if you are kind enough to read this blog or are connected with me in other forums know that I’m serious about this.  I want to know you enough that you leave an imprint on my life.  It’s just like James Taylor sang . . .

“You just call out my name and you know wherever I am – I’ll come running to see you again . . . You’ve got a friend.”