I’m not one to have many regrets about life. It’s been absolutely amazing so far and I’m looking forward to what will happen in the future !! However, everyone has a “I wonder what my life would be if” thought every once in awhile.

I’ve always thought it would have been great to live in the UK !! If I could even narrow that down, I’d live there during my teenage years which happen to have been in the late 70’s because I would have been present during the birth of Punk Rock. I didn’t really listen to punk bands until I heard more of them in college, but once I did one band clearly stood out and stuck – The Clash.

To me they defined the genre and never settled for the status quo. Most people know their two most popular songs, Rock the Casbah and Should I Stay or Should I Go? These are phenomenal, but I think one song stands out above the rest in their impressive catalog.

#5 – White Man in Hammersmith Palais by The Clash 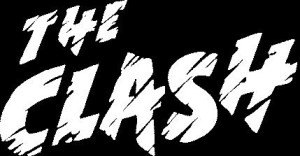 This song has incredible lyrics where Joe Strummer, the front man of the group. questions the other punk rock artists of the time and insinuates that they’re selling out. This epitomizes who The Clash were. They questioned the establishment and self-centeredness of their own generation. They set their own path and didn’t look back. If you had to describe their approach you’d say “what rules” ??

I’m someone who has always looked at life from a slightly different angle. I enjoy running contrary to what people expect. It’s also how I’ve approached HR. I have chosen to do something completely radical . . . . and be positive about people !! You wouldn’t think that this is “punk rock” enough, but it truly is. We’re bombarded with negativity almost every moment of every day. It takes a concerted effort to not bend to the will of others, or the trend that is easy to fall into.

I make sure to listen to The Clash as least once a day to remind me that you can redefine the norms and status quo. This song is a great place to start because once you hear it you won’t get it out of your head, and you’ll be yearning for more.

I hope by sharing this, you step out and question the status quo a bit more than you do now. So, let’s get you started !!