It’s time once again for the Carnival of HR !!  I asked people to submit posts and give their thoughts on “HR would be better it . . .”

I was honestly overwhelmed by the incredible response !!  This edition contains posts from some HR bloggers you see on a regular basis as well as some that are “new” voices that you need to take in. (Make sure you scroll through the whole page so you don’t miss any of them !!)

Before I list the links to these fab posts, I want to share how I’d make HR better . . . 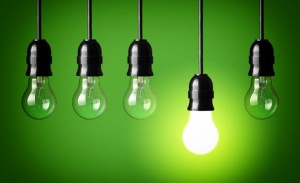 It’s simple and the Carnival is a great example.  I have this audacious goal to connect all HR people together around the world.  A great way to do this is to share other’s work on a regular basis as well as connect with the bloggers on purpose.  So, as you read the works included, follow the authors on Twitter, look for them on Linked In and connect with them going forward.  I enjoy each of the folks who submitted and hope you do as well !! Let’s see how they would make HR better !!

Gem Reucroft (@HR_Gem on Twitter) stuck straight with the theme and I dig that !! HR would be better if . . .

Keith Gulliver (@KeithGulliver on Twitter) follows suit with simplicity in Better If . . .

Kristina Minyard (@HRecruit on Twitter) encourages us to see if our perspective on HR is positive or negative in Pride and Perspective.

Heather Kinzie (@LeadingSolution on Twitter) jumps alongside and asks us to be committed in her How I Would Make HR Better post.

David Kovacovich (@DavidKovacovich on Twitter) wants us to have perspective on how policies affect HR in Is Policy the Enemy of Trust?

Mary Faulkner (@mfaulkner43 on Twitter) wants all of us to join in Making (HR) Leaders Better !!

John Sumser’s (@JohnSumser on Twitter) HR Examiner always has forward thinking posts like this one from Neil McCormick – My 2015 wishes for HR.

Maggie Frye (@Maggie_frye on Twitter) gave a step forward with the theme with her post HR Would Be Better If . . .

Dwane Lay (@DwaneLay on Twitter) moves us on the continuum of Resolution, Evolution, Revolution.

Nathan Hopper (@nathanhopper on Twitter) gives the theme a twist with HR – The New 4 Letter Word.

Robin Rothman (@robinlrothman on Twitter) adds great thoughts for Happy New Year 2015 and beyond for HR.

Jennifer Payne (@JennyJensHR on Twitter) is the facilitator of the fab Women of HR blog and she also has a look forward with 2015 . . .Welcome to the Future.

Julie Waddell (@jawaddell on Twitter) shares her insightful thoughts on I Would Make HR Better By . . .

Neil Morrison (@neilmorrison on Twitter) about owning who we are in his post – It’s Not You, It’s Me

Craig Farrell, a person looking to get into HR, shares HR Would Be Better If . . .

Chantal Bechervaise (@CBechervaise on Twitter) asks us to also simplify what we do with Back to Basics: Treating People As People

One of my fellow HR rockers, Peter Cook (@AcademyofRock on Twitter) puts a great musical spin on the theme with Punk Rock HR – A Manifesto for Better HR Strategy and Practice

Barb Buckner (@BarbBuckner on Twitter) shares really cool thoughts on her take on  HR Would Be Better If . . .

Neil Usher (@workessence on Twitter) has a manifesto that we all could follow !! – A manifesto for everyone

Mike Haberman (@MikeHabweman on Twitter) gives some succinct advice to us with Advice for HR to Live by: Just Stop It!

Ian Welsh (@ianclive on Twitter) looks at this year and ahead with How Can We Make HR Better for 2015 and Beyond?

Jessica Miller-Merrell (@jmillermerrell on Twitter) offers a great approach with Be a Lean, Mean, Creative Recruiting Machine in 2015

Robin Schooling (@RobinSchooling on Twitter) comes with one of our fave catch phrases with I’m from HR. And I’m Here to Help.

Tanveer Naseer (@TanveerNaseer on Twitter) asks Did We Succeed in Putting Our Employees First?

Brad Galin (@bradgalin on Twitter) keeps things down to earth with Improvement begins at home!

A unique opportunity for HR from Steve Brewer from Burrt Jones & Brewer (@honestdesign on Twitter) – Why doesn’t the HR Department have more of a role in workplace design?

And to wrap this great compilation for this Carnival of HR, Carlos Escobar (@cescobar on Twitter) with an environmental twist We Need More Plants in Our Buildings

Make sure you connect with all of these great HR folks !!  I’ll be checking to see if you do because I want all of us to Make HR Better !!

Last week I was up before the sun rose and was driving in and around country roads in a small town in Ohio.  I was hoping that my GPS was guiding me to my destination, but it was truly a matter of faith because I wasn’t near anything that looked like a conference center or meeting place !!

As I turned in the driveway of a small, local office building, I was a bit wary because I was the only car in the parking lot.  After a few minutes, a familiar face pulled up and I was at ease.  I was there as a speaker for a SHRM chapter.  As the room began to fill up, I was getting more and more excited !!  I love the opportunity to meet new HR folks and talk about the positive aspects of our field.

Once everyone was seated, I looked around at the 13 smiling faces and launched into my presentation. 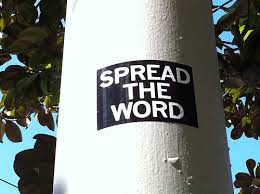 I’ve been seeing a push for HR practitioners to speak at Conferences which would be awesome to see.  But, I think it goes much deeper than that !!  You see, I think it is the obligation of professionals in HR to spread the word about what we do.  This isn’t something we “ought” to do, it’s something imperative for the sustainability of our field.

We rely on a relatively few number of people to be voices of HR, and that could be for a variety of reasons.  The reality is that ALL HR pros need to share the information and resources they learn about with others around them !! It seems very limiting to think that we attend these great events like chapter meetings and conferences to only take things in and never share them with others.  How does that help others in your organization?

It’s time for all of us to shift our mindset and see how the things we learn can truly improve our role, our company and our field.  If you read a great blog – share it.  If you get information about how to do something better – share it. If you hear a great speaker, then tell others about the takeaways you have.

The more we share, the stronger we become.  There’s no reason – no reason – for us to be isolated in what we do !!

So be on the lookout !!  I’m going to continue to spread the word in what we do.  I may even be getting in my car right now to get the word out to a group of HR pros, no matter the size.  It’s in my DNA, and I hope it’s in yours too !!