Just recently I was involved in conversations with supervisors who both said, “I wish people would just do what I say !!”  It wasn’t a passing phrase.  It was emphatic !!  They were both frustrated with employee situations and felt they had hit a wall.

I asked them both if things would be easier if what they said came true.  If people jumped at every word, command or thought from a person above them, would things be better?  They didn’t waste one second in telling me, “Yes, of course it would.”  I couldn’t let this coachable moment pass . . .

(Steve) “So, if people would never disagree, never have their own ideas and input, you’d be good with that?”

Silence.  They stammered and said that they didn’t mean it to be so concrete, but I think they did.  I understood their frustration and it all boils down to this . . . Working with people is messy !!  That is why it ROCKS to work with people !! 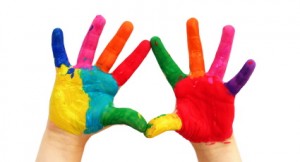 I don’t think anyone wants to be in a situation of constant turmoil.  However, that is not usually the case for people in most workplaces.  We tend to manage and lead to the extremes, so when frustrating people and/or situations arise, we think that ALL people are now awful.  It really is intriguing because another component that usually comes along with these impasses is that the OTHER people involved are the frustrating ones . . . never us.

Too many HR people want to manage from the outside and keep things clean and tidy.  The more “defined” everything is at work, the more control you wield.  It isn’t true actually, but it’s how we feel.

If you truly want to practice diversity, leadership and development in your companies, then you need to dive into the fray and get messed up yourself !!  Show people your quirks, your vulnerabilities and your willingness to show them how HUMAN you are !!

I readily admit that I’m a mess.  It’s how I approach things because it allows me to meet people where they are and not where I think they should be.  It has led to more situations working themselves out versus causing more frustration.