This past week the President of the United States gave the State of the Union address.  Regardless of where you stand politically, it amazes me that we live in a country where it’s leader addresses the nation with his plan for the coming year.  There are companies who never fully communicate the Strategic Plan for their company let alone an entire country !!

While the address occurred, there were several of us who participated in a chat on Twitter that was coordinated by Lisa Horn, SHRM Director of Congressional Affairs, and Chatrane Birbal, Sr. Advisor of Governmental Affairs for SHRM.  It was fascinating to hear people’s takes on things, but the underlying trend of the majority of the entire speech was . . . HR !!

Seriously !!  You can break it down like this – Employment and job creation (HR), Immigration (HR), Education and Training (HR), Retirement programs and MyRA (HR), Minimum Wage (HR), Equity in Pay (HR), and hiring the long-term unemployed and veterans (HR).

That’s amazing !!  When I read countless posts and articles about how HR is going to disappear or be irrelevant, I have to chuckle because we were the entire fabric of the COUNTRY !!

How much will get done?  Hard to say.  Will politicians get in the way and muck things up? Probably.  Do we have to fall into that same trap of inactivity and infighting ?? NO !! 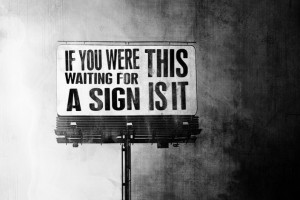 This is a real chance for HR to have its voice heard within the walls of their companies, their local communities, their states and the US as a whole !!  If you aren’t advocating for these issues so they actually hear the perspective of HR professionals, then this is your chance to shine.  Look at what’s before you instead of sitting in the shadows and complaining about more things that are forced upon you due to regulations and legislation.  I’ve personally advocated at the State and Federal level and it’s invigorating !!  Legislators want to hear from people who actually do the work instead of only hearing from lobbyists.

The key you have to remember in all of this is that if you choose not to advocate or raise your voice, someone will who is on the opposite side of what you believe.  I’ve seen this personally happen.

You can be an example as well by modeling positive behavior in how you practice HR in your company !!

I hope you can tell that this jacks me up !!  I hope you see the signs that are extremely visible in front of us.  The landscape is wide open and it’s a chance for us to step up, be heard and move an entire country forward.  I’m geeked and hope you join me, my fellow HRians !!