When I was young, I remember watching Christmas specials on TV with my family. As a point of reference, this was long before cable TV and 1,000’s of channels. There were four networks to choose from – ABC, NBC, CBS and PBS. We didn’t think we were being slighted by having so few choices. It was our reality and we accepted it.

The most memorable instance I can recall happened during a Bing Crosby special. My Mom and Dad were huge Bing Crosby fans, and my brother and I didn’t get much of a say on what we watched. As we huddled together to watch the show, the most unlikely thing happened. Bing was in a set depicting a large, warm house and a neighbor came to the door. The neighbor was . . . David Bowie !!!

My Dad looked at my brother and I and asked who this British person was and if we knew him. I jumped at the chance to say how fantastic Bowie was, and I now had immense interest in this show. They did some forced dialogue and then sang a duet to The Little Drummer Boy. My Dad hated it, but I thought it was beautiful – and still do.

I’m sure the network execs wanted to bring someone young on their Christmas special to hopefully connect with young viewers. I don’t know if it worked, but it was great to see something so unexpected happen. Seeing something that is unlikely grabs your attention and leaves an imprint.

As we wrap up another year, it’s time for us to sit back a bit and reflect where we are personally and professionally. I know that you will have the chance to step out next year at least once into an area that won’t seem to fit. You’ll be the unexpected neighbor who shows up. You’ll have a choice to either see how to make this odd pairing work, or you can walk away. 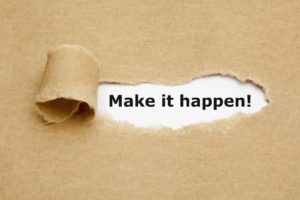 I think it’s time for HR to willing be the unlikely person to show up. This needs to occur at the executive level of your organization as well as every department. We can no longer be the department that people “go to.” We need to be the people who make things happen for others. It’s the natural evolution of our profession, and we need to be intentional in seeing this through.

Don’t settle in being a part of the scenery and background of your company. That’s where we’ve been for far too long and people have come to expect that this is the norm. I think that this leads to many folks in HR becoming frustrated and tired. You have the opportunity to turn this norm around and set a new one.

The time is overdue to make this shift. You have to know that you might be the missing piece to an incredible duet that is just waiting to be sung. This next year . . . be unlikely.

NOTE: I’m going to take the remainder of the year to be with family and friends. I appreciate you for reading my blog and hope it is a regular dose of encouragement for you in what we all do in HR. I also hope that you have a phenomenal Christmas, New Year’s and overall Holiday Season !!